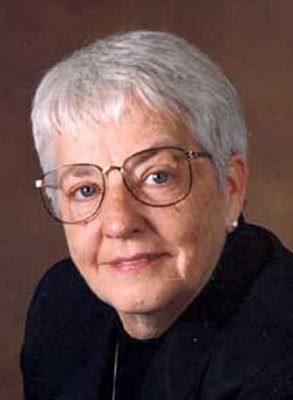 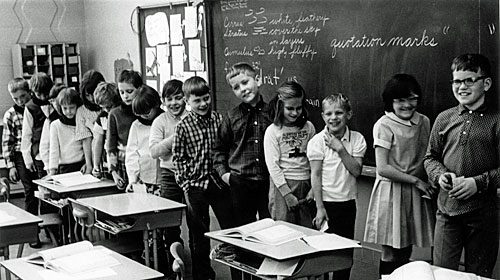 In a small rural school room in Riceville, Iowa, on the morning of April 5, 1968 Mrs. Elliot's third grade class was talking about Martin Luther King, Jr., an American clergyman and civil rights leader who was fatally shot at the Lorraine Motel in Memphis, Tennessee on Thursday, April 4,1968 at the age of 39. He was a prominent leader of the Civil Rights Movemen tand Nobel Peace Prize laureate who was known for the use of nonviolence and civil disobedience.

Asking the question, "How do you think it would feel to be a Negro boy or girl?" to this all white class started an experiment that would gain world wide attention. Jane Elliot's bold experiment to teach Iowa third graders about racial prejudice divided townspeople and thrust her onto the national stage. Decades later, these students say the ordeal changed them for the good.

Jane Elliot has been considered a key educator compared with the likes of Plato, Confucius, Aristotle, Horace Mann, Maria Montessori and others. Additional scholars have compared her work as "Orwellian" and a columnist at a Denver newspaper went so far as to call it "evil". Regardless of where one stands on this issue, one of the most astonishing exercises ever conducted in an American classroom began that day.

Blue-eyed children were set aside from children with green and brown eyes. Announcing that brown-eyed people are the better people in their classroom and that they are cleaner and smarter started an immediate divide. Soon, Elliot saw kids with brown eyes transform to confident and outgoing leaders in their classroom.. Blue-eyed children did not perform as well and Elliot saw first-hand how it affected these children. On Monday she reversed the exercise and the brown-eyed kids were told how dumb and lazy they were. When the exercise ended, emotions ran high and the children wrote down their thoughts and experiences. Elliot shared these essays with the local newspaper under the heading 'How Discrimination Feels'.

A month after the classroom exercise, Johnny Carson called and invited Elliot on the show. This national exposure brought more light to Riceville, Iowa and her teaching methods. Not all the comments were positive and the people of Riceville didn't necessarily welcome Elliot home. Her family suffered from this exposure, but Elliot continued to conduct these exercises for the next seventeen years with third graders and then with seventh and eighth graders. After retiring from teaching, Elliot went on to conduct the eye-color exercise for groups such as educators at a White House conference on Children and Youth, training for General Electric, Exxon, AT&T, IBM, IRS, U.S. Navy, U.S. Department of Education, and the Postal Service. Jane Elliot has been on the 'Oprah Winfrey Show' five times.

Through the good and the bad, these children all learned something from Jane Elliot's exercise and for many, it was a good thing.