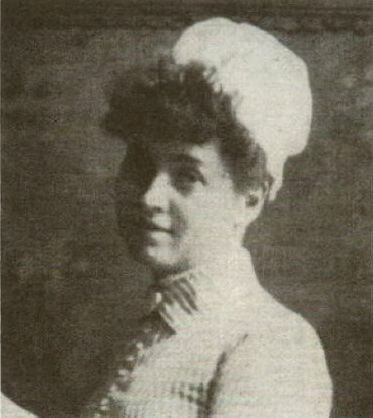 The Mother of Anesthesia

Alice Magaw Kessel was a pioneer in nursing research and the practice of nurse anesthesia through the publication of her clinical findings. She literally changed the anesthesia profession as we know it today.

Alice Magaw became friends with Edith Graham in Rochester and while at school at the Women's Hospital of Chicago. Returning to Rochester, Alice worked as a staff nurse at St Mary's hospital and was soon chosen by Charles H Mayo, MD and William J Mayo, MD to assume the role of anesthetist which had been performed by Edith Graham before her marriage to Charles H Mayo, MD. Alice was sent back to Chicago for additional training in the use of a microscope to assist in the preparation and examination of pathological specimens. She also assisted the Mayo brothers in their clinic offices.

Magaw's success in anesthesiology is in large part due to understanding her role through documentation, observation, and her clinical skills. Her sound anesthesia principles and practices remain true today. Talking to the patient, attentive titration of anesthetics, airway management skills, patient response monitoring, and awareness of the surgical procedure to anticipate the needs of the surgeon without hurrying the anesthesia process.

Through many published articles Magaw became internationally recognized and physicians saw a decrease in anesthetic-related mortality. Setting the bar for safe, research-based anesthesia, Magaw's documentation was used as evidence to validate a landmark civil case that challenged nursing practices with regard to administering anesthetics. The court assessed that when a nurse administered anesthesia, she was practicing nursing.

In 1899, Magaw became the first nurse anesthetist to be published when the Northwestern Lancet printed her article "Observations in Anesthesia." Five more articles would follow. Charles Mayo bestowed upon her the name "Mother of Anesthesia" for her mastery of open drop ether.

Through her association with the Mayo brothers, Alice Magaw met Dr George Kessel, a prominent surgeon from Cresco, Iowa. After a courtship period, Kessel and Magaw were married at the home of William J Mayo, the best man, on May 23, 1908. The local newspaper described their marriage as a union of two professional people and they would be honeymooning for three months touring Europe. Upon their return, Magaw began providing anesthesia in the old Kessel Hospital and continued in the new St Joseph's Mercy Hospital. The local newspaper reported on many occasions the Mayo brothers, Kessel, and Magaw working in the Cresco hospitals together.

Dr Kessel was a widower with four daughters. The oldest two were grown, educated, and independent and two were still at home when Magaw and Kessel married. Not unlike today, juggling a profession, motherhood, a household, and being a new wife was difficult at times.A legal separation was arranged and signed on August 7, 1919. The two were never divorced and Magaw was considered a 'grass widow' which was a common label at that time. Magaw returned to Mayo for a short time until she left to deal with several health issues including diabetes. Alice spent her last few weeks of life in a sanitarium in Hudson, Wisconsin. She was there for 59 days, dying from diabetes on February 17, 1928.. Her final resting place is in the Corunna, Michigan, next to her family.

It was Magaw's dedication to excellence and her documentation of her perfection of the early anesthetic techniques that set the standard for current anesthesia providers. For someone who was given so little to work with, she made a lasting and indelible impression on a profession that is proud to claim her as the 'Mother of Anesthesia'. (AANA Journal, 2009). 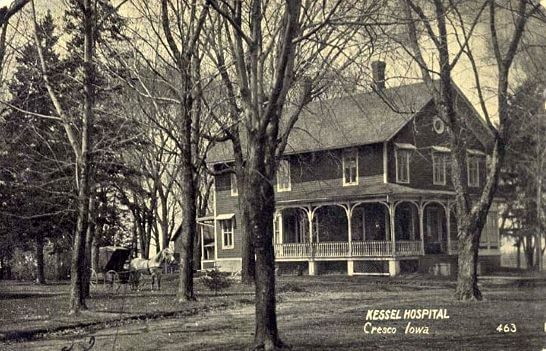 Dr.George Kessel was born in Winneshiek County to a pioneer family. He entered a family of three children along with his twin sister. The family attended country school and upon graduation, he was sent to Breckenridge Institute in Decorah, Iowa. Upon completion of the two-year course, his father offered the choice of 160 acres or a college education. He chose college with the idea of becoming a minister. At Grinnell, Iowa, he stayed with a physician, Dr. Elbert Clark, earning his room and board as a handy man. Through this association, he became interested in the medical profession. He received his BA and MA from Grinnell College, his MD from Rush Medical Institute, and went on to the University of Vienna and the clinics of Paris and London. He did much research in the Pasteur Technique of sterilization. In 1914, he was made a Fellow of the American College of Surgeons.

Dr. Kessel married Lila Truit in 1886, who was a classmate at Grinnell. They lived in Decorah for a few months before moving to Cresco. With encouragement and professional help from his friends, Drs. William and Charles Mayo, he founded the first hospital in Northeast Iowa. This was known as the Kessel Hospital. Old records reveal that many people from the outlying counties came for their medical attention. Dr. Kessel remained an active member of the staff at St. Joseph's Mercy Hospital until his death on January 29, 1945.

His professional organizations included the American Medical Association, Iowa State and Tri-state Medical Societies, Interstate Post-Graduate Assembly, and on the Board of Governors of the Gorgas Memorial Institute. He wrote articles for newspapers and was published in several medical journals.

Dr.George Kessel served the City of Cresco as mayor, as a member of the school board, and for many years as the president of the library board. He also donated land to the city for a park, now known as Kessel Park.

Cresco's First Hospital . . . .
Dr. George Kessel opened Cresco's first hospital in 1902. Dr. Kessel purchased the property from Mrs. August Beadle, which included 17 acres and the house to be used as the hospital. With his own money, Dr. Kessel converted the home into a hospital.

By 1908, the Kessel Hospital was unable to take care of all the cases that applied for admission. (Other doctors' patients could only be admitted by Dr. Kessel.)The community began to see a need for a larger hospital. Dr. Kessel agreed to turn over his hospital only if a first class and up-to-date facility could be built and maintained. The Sisters of Mercy were petitioned to take over and supervise the hospital.

Dr. Kessel petitioned the Sisters of Mercy to supervise a new hospital. The one stipulation was to establish a training school for nurses. The school started in 1910 with an enrollment of six ladies. Dr. Kessel had quite a lot of in put in the nurses' training. He was especially concerned with the rules of sterile technique.

The old hospital was used as the training school for the academic studies and as sleeping quarters for the nurse trainees. As you would expect, the discipline was very strict. There was limited time away from the hospital with an early curfew. Because of insufficient clinical material for teaching, the school was forced to close in 1927.

The building then was remodeled in 1928 for use as a graduate nurses' home and a chapel was added. The nurses received room and board with $55 a month salary. One of the reasons for the housing arrangement was the twelve hour shifts, and the nurses were available for call when emergencies, surgeries, and deliveries occurred. The nurses' dorm was discontinued after the hospital had a fire on February 14, 1943.

In 1978, after 50 years, the hospital again became a teaching hospital. It was made available to the nursing students from Northeast Iowa Community College. The Education Department has grown with telecasts from NICC and other institutions to bring continuing education to the hospital personnel.

Dr. Kessel would be astonished and very proud of the quality of the nurses at Regional Health Services of Howard County today.

To remember Dr. George Kessel, a park has been named in his honor.